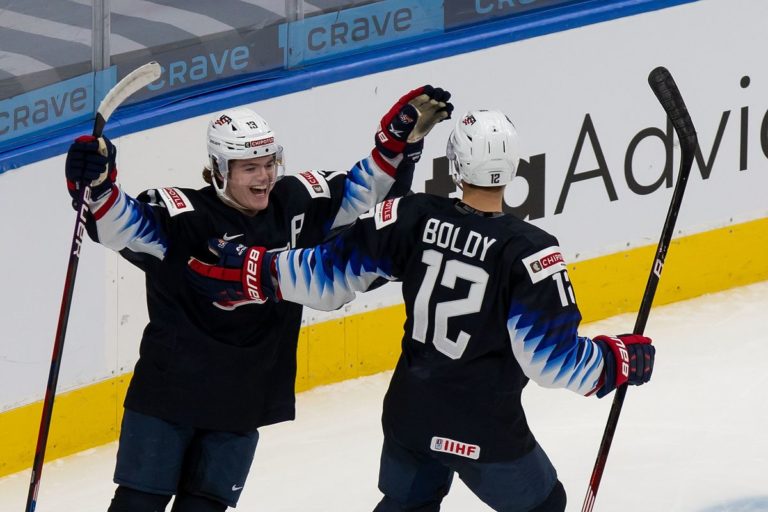 In the 2021 IIHF World Junior Championship, the American team scored a flawless 2-0 win over the Canadian team, earning itself a fifth gold medal. Ready to dig in deeper? Together, let us find out the factors attributed to this victory.

According to America’s team coach, Nate Leaman, the tournament started well for his team. The U.S. started more physical and managed to hold on to the puck longer; this gave them an edge over Canada, which only got more physical in the second and third periods. Canada’s effort to have a more efficient fore-check in the second and third periods was a little too late as the U.S. already had a tip for the first goal.

Despite Canada’s effort to apply puck pressure, the Americans effectively handled the tactic by moving the puck quickly. Although Canada controlled the early going, the U.S steadily took charge and managed to gain control over Canada. It resulted in a period of sustained pressure on Canada’s end and a gradual weakening of its defensive players.

At 13:25, Alex Turcotte scored against Levi, this goal motivated the U.S., and they came back with an additional notable shift. The major challenge encountered by Canada was its players missing great scoring chances. For instance, Bo Byram’s shot hit the post while Quinton Byfield shot too wide. Canada got hold of the puck in the third period, but there was barely time to do anything with it; there were not many real chances for them to buy a goal.

In conclusion, America’s Spenser Knight had a lot to do with the team’s success. His flawless playing on the blue ice and his successful blocking of shots proved a real challenge for the Canadian team.