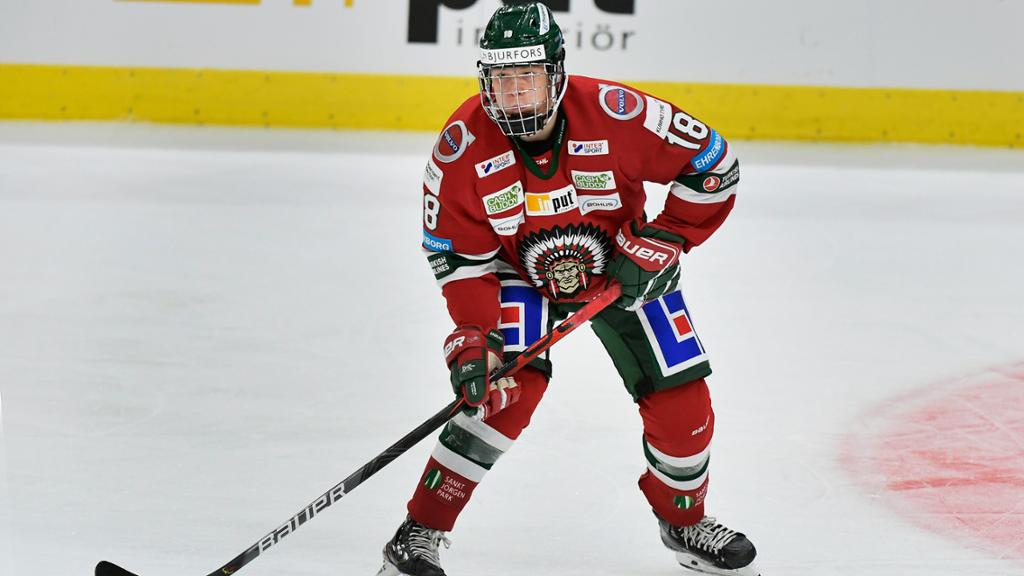 Lucas Raymond of the Detroit Red Wings was anticipating his involvement in the IIHF World Junior Championship in August. Reports in Sweden also state that the coach Tom Monten was set to add him to his team’s roster.

However, the coach of team Sweden, Monten stated that the Red Wings were responsible in keeping Raymond from joining the team. Alexander Holtz of the New Jersey Devils might also be ruled out of the tournament due to his team’s refusal to release him.

Tomas Monten who is disappointed with the resistance from the NHL teams said in an interview that the timing of the tournament is the main reason.

“I have had an ongoing dialogue with them but unfortunately Lucas and Alex will not play,” Monten said in an interview with Swedish website Expressen.se.

“Detroit and New Jersey think the tournament is wrong in time to be optimal in their recharge”, Monten added.

At the beginning of the summer, Lucas Raymond hoped to be a part of the team before the announcement of the roster.

“If the chance comes, you always want to represent Sweden regardless of the environment,” Raymond stated in an interview with Swedish TV network SVT. “But I do not know how it works with rules and what is allowed or not. But of course I would like to play if the chance comes.”

Although the Detroit Red Wings Forward was eligible for the tournament, his club denied him the opportunity to play. He featured in both the 2020 and the 2021 edition of the tournament and got 4-5-9 totals in 12 matches.

The Swede has established himself as one of the best players in the NHL. He has been able to garner 23 goals and hit 57 points in 82 games for the Red Wings as a rookie, he also placed fourth in the Calder trophy ranking.

No doubt that he would have been immense for Sweden in the tournament. But you could also see the perspective of the Red Wings in denying him the chance to represent his country at the World Junior championship. They will be looking at how much they will miss him if he leaves and that the tournament will in no way help him grow his game or challenge him.