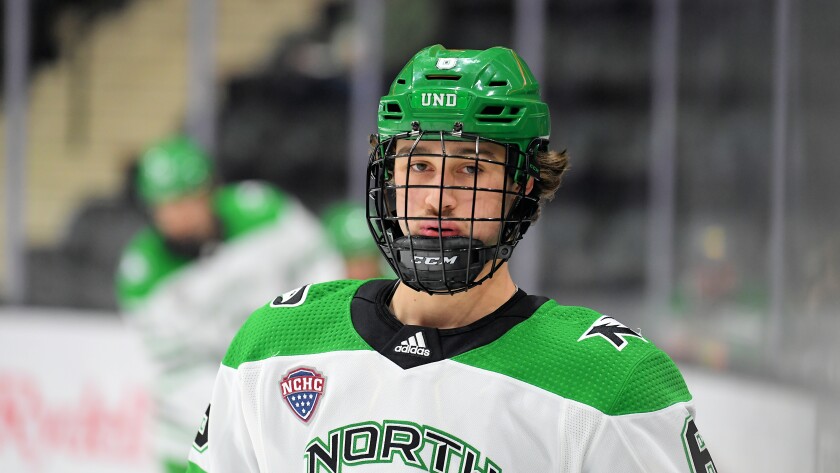 The US hockey federation is on the lookout for players and if reports are to be believed, they have set their sights on players from the UND. Some of the UND players will be on their way to Plymouth, Michigan, this summer, to prove to the US hockey officials that they deserve to be on the team.

Young and rookie cowards Jackson Blake and Owen McLaughlin with defenseman Brent Johnson have been picked to play in the National Junior Evaluation camp, which runs from the 24th of July to the 3rd of August at the hockey arena.

The 60 players that will attend the 2022 USA Hockey National Junior Evaluation Camp have been announced!

Youngsters given chance to shine

These young stars will be looking to give the performance of their lives at the event so they will increase their chances of making the World Junior team for the big tournament coming up in December. The event will be played in Halifax and Moncton, Canada.

Also part of the team that will participate in the evaluation camp is the solid defenseman Tyler Kleven. He will also be participating in the World Junior championship that is billed to run later this year and will be held in Edmonton, Canada. The tournament which was meant to be held last year had to be shifted to this year due to rampant COVID cases in Canada.

For the purpose of continuity and unity, USA hockey hopes to be able to put the same or almost the same team that competed at the tournament last winter; though they will be missing key players like Sanderson and Beniers.

Elsewhere, defenseman Kleven has already experienced the ecstasy of victory because he was part of the winning team last year. He will be hoping to build on that achievement and join Jonathan Toews as the only under 21 players to have two gold titles in the competition.